Born and raised in Prince Albert, Stone played every sport she could from a young age. With the support of her mother, Marilyn, Stone was able to experience track & field, basketball, volleyball, soccer and hockey.

“Everything I have is because of her,” said Stone. “She took me to everything and did everything for me. She worked multiple jobs so that my brothers and I could go to sport camps and play hockey. She made it work and I have no idea how she did it. She never missed my races or games. She’s the most amazing human in the world.”

Thanks to the early start, Prince Albert track & field coach Kelly Prins noticed Stone and invited her to train with the St. Mary High School team while she was still in elementary school. It didn’t take her long to make a mark on the Prince Albert Catholic School Division once she entered Grade 9.

“Danny was a pretty special athlete because of her attitude and determination,” recalls Prins. “She had a strong confidence and if someone told her she couldn’t do something, she would work to prove you wrong. She never gave up in the pursuit of her dreams and always stood true to who she was regardless of whatever adversity she faced. These qualities made her a role model not just for young athletes but for anyone.”

Stone won 10 provincial track medals including double gold in the 100-metre and 200-metre distances in her senior year. She still holds two City Meet records set in 2006 for junior girls in the 400-m and 800-m distances, as well as records in the 400-m for junior in 2006 and senior girls in 2008 at the district level.

“I loved track,” said Stone, who was a member of the Saskatoon Track & Field Club but trained on her own in Prince Albert throughout her career. “But after doing it for so long it was mentally exhausting. It is crazy to think back to the work I was able to put in as a kid by myself. My mental strength for training is so strong now.”

Her talents were recruited for 100-m, 200-m, 400-m and long jump events at the 2008 North American Indigenous Games (NAIG) in Cowichan, B.C. She returned from NAIG with silver medals in all four events, but still laments about not reaching the top of the podium.

She also played with Team Saskatchewan in the Aboriginal Hockey Championship for two seasons, before helping to coach the female teams.

“It was just so cool to show as an Indigenous athlete, we can make it if you put in the effort,” said Stone. “It doesn’t matter if you are from the reserve or the city. When we get to be a part of certain events that are held just for Indigenous people, I can show everyone that I can do it, so you can too. I want younger kids to know there are possibilities, chances and opportunities in sport if they want them.”

In Grade 12, Stone decided it was time to focus on hockey and played with the Prince Albert Midget AAA Bears. Success came quick for her as a top scorer with 19 goals and 17 assists in 25 games. Offers from university programs across the country in both track & field and hockey flooded Stone and her family. She chose to stay close to home and play hockey at the University of Saskatchewan.

“The team aspect really attracted me after spending so many years training by myself,” said Stone. “If I chose hockey, I would have that team sport atmosphere and others who were going through the same things. I could push myself to the limits with other girls.”

Stone played five seasons from 2008-12 with the Huskies, while studying in the College of Arts & Science. She sits third all-time on the Huskies career records list with 106 points and second in goals with 57.

“I learned so much in five years,” said Stone. “I just couldn’t be done. I had just started to learn and understand the game. I still wanted to play.”

She signed to play in the Canadian Women’s Hockey League with the Calgary Inferno, playing two seasons before finding an opportunity in professional hockey in Sweden. Despite injuries, she found a permanent place in the league and finished the 2020-21 season with 20 goals and 14 assists.

“Sport was always my escape from reality,” said Stone. “And now, my escape is my reality.”

Although her life is in Sweden now, Stone hasn’t forgotten her Saskatchewan roots. The opportunities, growth, development and support she received while growing up from family, friends, teammates, coaches and the community —including Sask Lotteries Trust Fund grant allocation through Métis Nation Saskatchewan — have left a lasting impression.

Without sport, Stone isn’t sure if she would know who she is or what she could’ve accomplished.

“Sport has allowed me to see the world,” she said. “Without it I wouldn’t have travelled or seen the places I have or met the people I have. It’s all because of track and hockey. My life wouldn’t have been possible without experiences and opportunities when I was younger.”

It is all why giving back and supporting younger athletes when she is home in Saskatchewan — especially in the Indigenous community as a coach — is so important to her.

Growing up Stone noticed a lack of female role models in sport and now providing that is the “coolest feeling in the world” to her. She wants to teach and share the time management, commitment, communication skills and connections she built.

“Sport allows you to go play and forget about what’s happening, focus on something else. It gives you a break. It’s how you can deal with life when it’s not so good.” 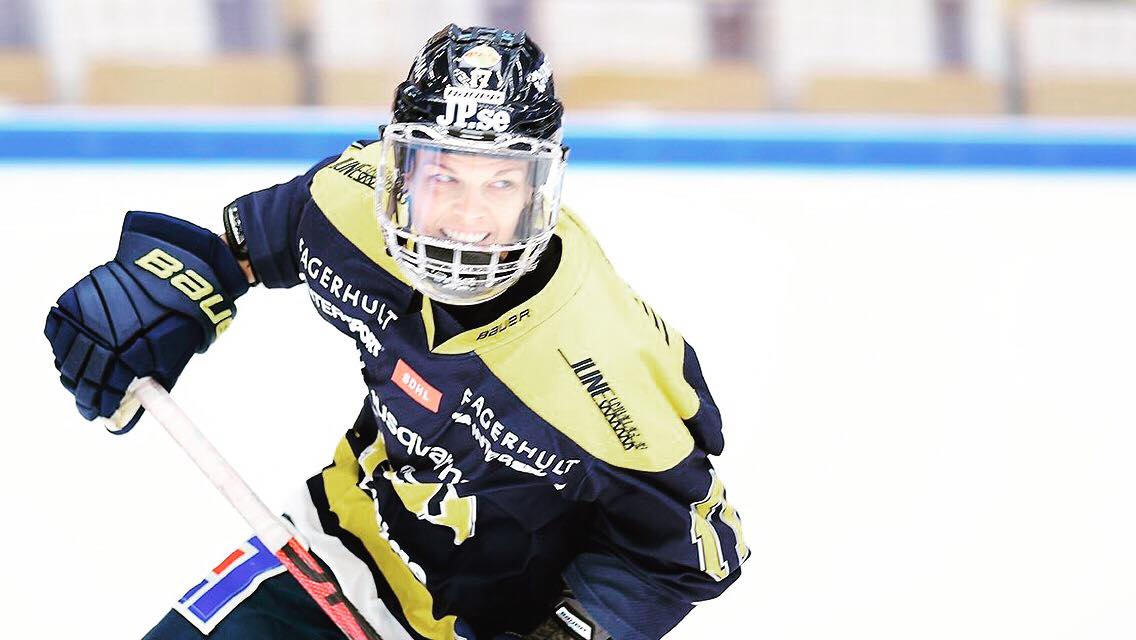