Home » Getting outdoors: 3 ideas on how to enjoy the Saskatchewan winter

Getting outdoors: 3 ideas on how to enjoy the Saskatchewan winter

Winter is here, but you don’t have to stay inside.

This is the perfect time to spend some time in the great outdoors and experience all that Saskatchewan has to offer! To help you plan your next excursion, we spoke to Erin Hurd, a recreation programmer with the City of Prince Albert.

Hurd is also a board member with the Association of Saskatchewan Urban Parks and Conservation Agencies (ASUPCA), a non-profit organization supported by Sask Lotteries that’s dedicated to the betterment of recreation areas and natural environments in the province.

With several more months of winter on the horizon, Hurd shared some of her favourite spots, activities and advice for staying active during the colder months.

Hurd described this spot as “our hidden gem, only five minutes outside of Prince Albert.” This 1,200-acre park is part of the Pêhonân Parkway, which is one of Saskatchewan’s seven urban park and conservation areas

With the Kinsmen Ski & Snowboard Centre, cross-country ski trails and a toboggan hill, the Little Red River Park has something for everyone. Skiing is a great option for those looking for a day of action, but the park also offers other ways to enjoy the outdoors, including picnic sites and no-charge firewood for the park’s barbecue pits.

“I grew up in Prince Albert and you kind of take it for granted almost, but there's things I haven't even seen there,” said Hurd.” It’s diverse. There's a lot of different things you can do and there's a lot it has to offer.”

Skiers in Saskatchewan have a few other options in the province: Table Mountain Regional Park near North Battleford and Wapiti Valley Ski Resort are two other well-known downhill ski hills.

The Prairies are the perfect place for cross-country skiing — a great way to get exercise and stay active in the winter months.

Saskatchewan is filled with tremendous cross-country ski trails, including the aforementioned Little Red River Park. One of the province’s best, it features 40 km of trails, including a 10 km stretch that is lit for night skiing.

But if Little Red isn’t in your neck of the woods, the province is home to 22 registered clubs and many more trails, making cross-country skiing one of the province’s most accessible outdoor activities, no matter where you’re located.

No exercise is bad exercise. Instead of getting too caught up in the specifics, sometimes you just have to get outside and go do it!

Even simple, timeless activities, like heading for a walk, can be a good way to spend a day. Hurd recommends campfires, skating or building a fort or snowman as easy, inexpensive ways to enjoy the outdoors.

As a park advocate and enthusiast, Hurd’s advice is: “Just go out and do it. Bring people with you or find a partner to go with — there is a lot of free recreation out there. It's just good to get out and be active outdoors.”

To find out more about urban parks and conversation areas near you, like and follow ASUPCA online. 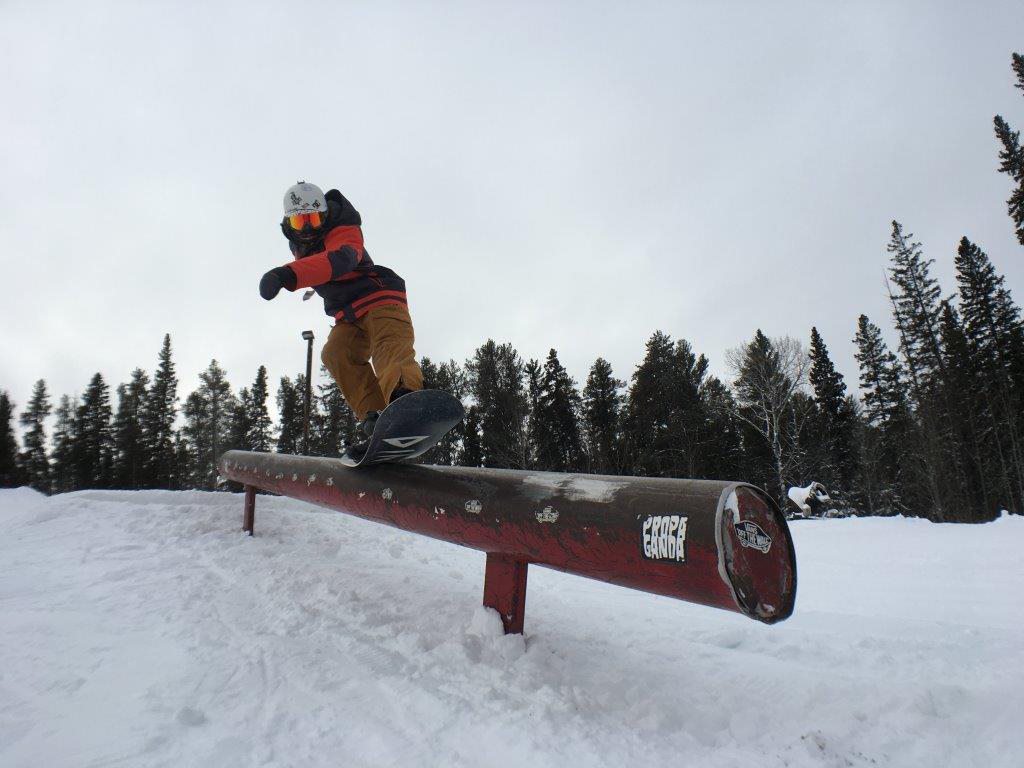