While the nearly 1,600 athletes and coaches competing in 16 different sports are the main showcase, the 10-day event is also an opportunity to showcase the host city and southwest Saskatchewan to the rest of Western Canada.

Attending the Games are participants and spectators from six provinces and territories, and while Games organizers know that Swift Current isn’t the largest host city in event history, they believe that the city’s smaller size is a big advantage.

“In larger cities, the Games are just one of so many activities going on, but in a smaller community like Swift Current, the Games are the activity,” said Mark Benesh, Games co-chair. “Everywhere our visitors go, the atmosphere is going to be about the Games.”

“Just the way our city is set up, with every venue so close to each other, it will allow people to partake in more activities and more sports that are happening throughout the community during the Games than just those that they came for,” added Melissa Shaw, the other co-chair.

Displaying the best of the southwest

Many of the non-sport activities that visitors are able to take part in during their time in Swift Current are designed to highlight different aspects of the community. Festivals running throughout the Games focus on the area’s historical roots, agriculture and other industries, as well as Saskatchewan’s multiculturalism.

With more than a dozen sport venues to staff, as well as athlete facilities and activity sites, the Games require the support of the community. Both Shaw and Benesh are quick to note just how integral the nearly 2,000 volunteers are to the event.

“The Games themselves are about the athletes, but it’s really the volunteers that make the Games come to life,” said Benesh. “We couldn’t put this event on and ensure all the venues and all the activities without them. So there really wouldn’t be that opportunity for athletes to develop and shine, which is the focus.”

“Without the volunteers, this event wouldn’t be a success,” echoed Shaw. “And it’s not just Swift Current. It’s the entire southwest stepping up and helping us.”

It’s all for one

“Without this type of support, these events would not be possible. Sask Lotteries and Sask Sport Inc. are such a huge component of sport, all the way from the youngest kids to this level and even higher,” said Shaw.

It’s all of those different aspects —the people, places and sponsorship—coming and working together that leads Shaw to believe that this year’s Games will be a great success.

“It showcases that a community of just over 18,000 people can host Western Canada and we can provide a top-notch event for the athletes, coaches and spectators coming to our city.” 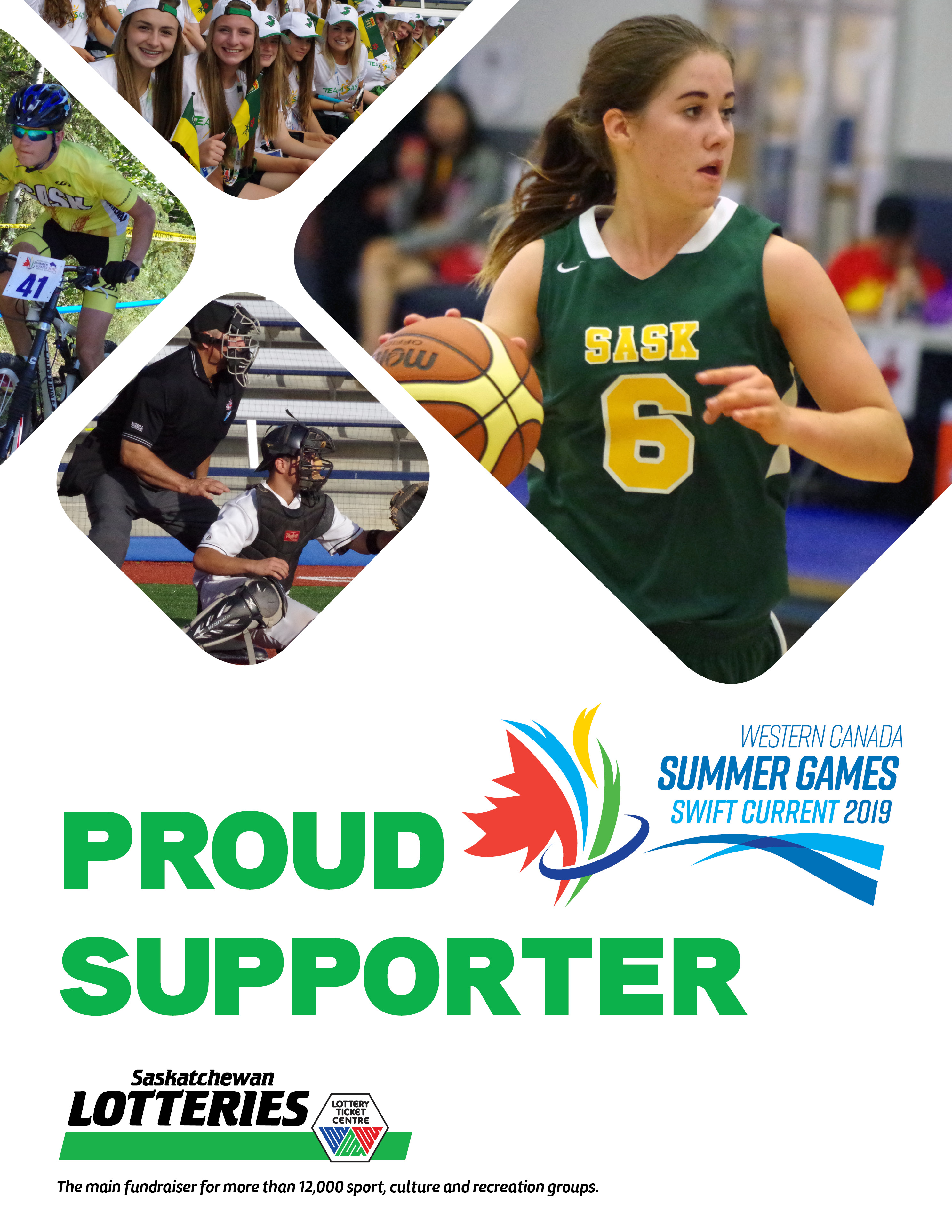