From the diversity of languages of the First Peoples to those of the many newcomers who have arrived over the years, Saskatchewan brings together a wealth of different linguistic cultures.

Work to encourage the use and preservation of languages is an ongoing challenge. This is why the Saskatchewan Association of International Languages (SAIL) is dedicated to helping heritage languages thrive in the province.

For the last 35 years, SAIL has supported knowledgeable volunteer language teachers throughout the province, giving students training in international languages and culture.

Its Mini­-Language Lessons Program (MLLP), which delivers eight hours of language and cultural lessons to classrooms, was designed “to help students learn about the other languages and cultures of other countries and societies,” Gord Zakreski, executive director, SAIL, says.

“This in turn was aimed at promoting multiculturalism and a better understanding here in Saskatchewan of other cultures around the world.” 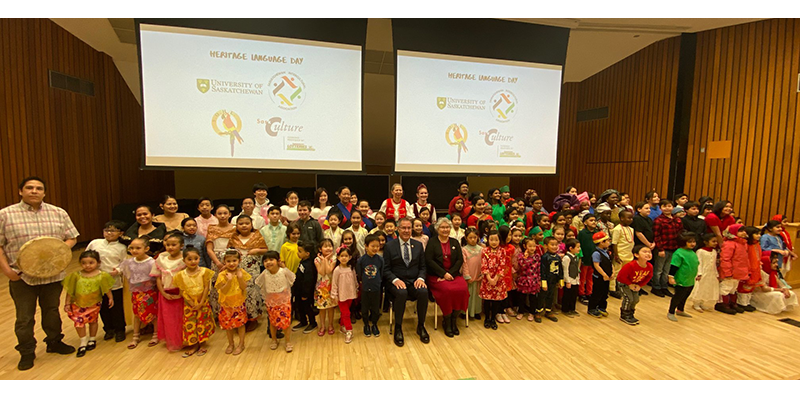 Of course, students can’t actually become fluent in a language in eight, one­hour sessions, but they can learn some useful words, like “hello”, days of the week, months, time and so on and develop an interest in language learning from a young age.

SAIL is currently offering mini ­classes in 12 languages: Arabic, Chinese, German, Tagalog (Philippines), Korean, Mandarin, Russian, Spanish, Tamil, Ukrainian, Yoruba and Cree. Interestingly, in the last few years, Cree has been the language most in demand, often in schools that have few or no Indigenous students, Zakreski says.

“We feel this is a positive carryover from the Truth and Reconciliation Report and its Calls to Action.”

In the 35 years of its operation, over 10,000 students across Saskatchewan have benefitted from the program.

SAIL, which is funded through SaskCulture and Sask Lotteries, in turn provides financial assistance to individual language schools operated by various ethnic groups. These schools have become increasingly popular, with more than 50 operating throughout the province. In Saskatoon alone, as an example, there are 28 such schools, teaching 21 different languages, from Arabic to Yoruba.