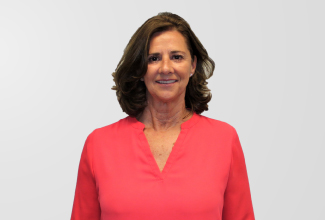 It was a chaotic scene when Saskatoon’s Marion Lafreniere realized she was $100,000 richer after she picked up a LOTTO MAX ticket that turned out to be a winner.

Lafreniere was on the phone with a friend when she decided to check her tickets for the April 28 LOTTO MAX draw on the WCLC mobile app. She was shocked to find out she had won $100,000 on the EXTRA by matching the last six digits of the winning number, 1483409.

“When I [realized I won], I said ‘I have to send you something, don’t hang up the phone,’ but I couldn’t get a screen shot to work properly!” she recalled.

“And the whole time I was yelling at my husband to come – by the time I got it to work, my friend had hung up. I think she thought something was wrong with all the yelling,” she laughed. “We got back on the phone with my friend and there was lots of excitement!”

Lafreniere, who says she tries to play every LOTTO MAX draw and always enters the EXTRA, bought her quick pick ticket the day before the draw at Broadway Shell at 1101 Broadway Avenue in Saskatoon. She plans to use her windfall to help her retire earlier than planned.

Sask Lotteries is the fundraiser for more than 12,000 sport, culture, recreation and community groups.