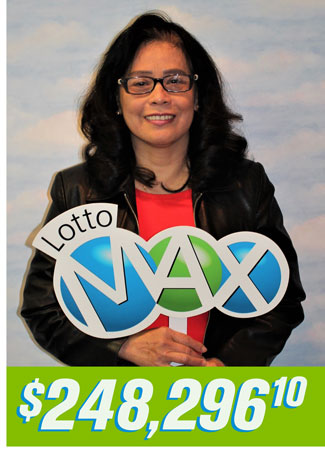 Duc Tran was shocked when she checked her LOTTO MAX ticket and discovered she’d won $248,296.10 on the November 23, 2018 draw. She was so shocked, in fact, it would take the Saskatoon resident 10 months to claim her prize.


“I checked my ticket when I was at the grocery store,” she said. “I had to scan my ticket a few times because I couldn’t believe what I was seeing.”


“I was in such disbelief, I just put my ticket in my wallet and went home,” she continued. “I knew that I won, but part of me didn’t believe it, so I held off on claiming my prize.”


“I kept checking it every once in a while to be sure it was still there,” she added.


Now that she has her winnings, she said she plans to share her winnings with her family and save for her retirement.


She added that she would like to donate some of her windfall to her temple and to help the less fortunate.


“That will make me feel really good,” she said.


Saskatchewan Lotteries is the fundraiser for more than 12,000 sport, culture, recreation and community groups.